We are currently holidaying with our lovely friends Graham & Heather who live in Sydney and have a holiday home down the coast in Berrara!

We arrived on Tuesday, were collected at the airport and then whisked away to Berrara for 4 days of way too much food and wine. Along with Graham & Heather were were joined by our other east coast friends David & Di, Tony & Heather (both from Sydney) and Ron & Julie from Noosa in Queensland. The last time were were all together was in 2007 – so there was much reminiscing over far too many coldies.

There they all are!

Berrara is a small coastal holiday village near Sussex Inlet about three and a half hours from Sydney and although it has been drizzling on and off since we arrived it hasn’t really stopped us from enjoying our catch-up. 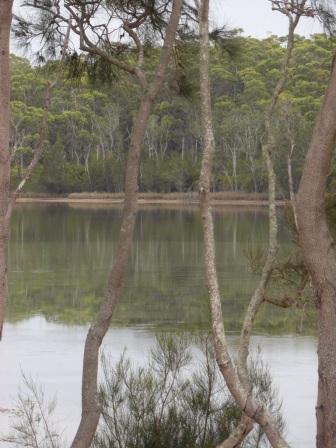 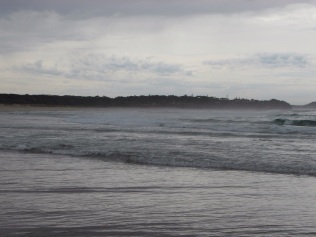 Here are the boys sitting on the verandah contemplating the weather.

A mob of kangaroos live around the cottage and the colourful parrots arrived each afternoon.

We lunched at Cupitt’s Winery near Milton where the food was exceptionally good, as was the scenery around the winery.

And we attended a very Australian country show (fair) at the Milton Show Day where we saw displays of machinery, vintage cars and hot utes, side show alley, ‘Wellies’ for the wet weather. horsemanship, livestock and sheep dog trials. 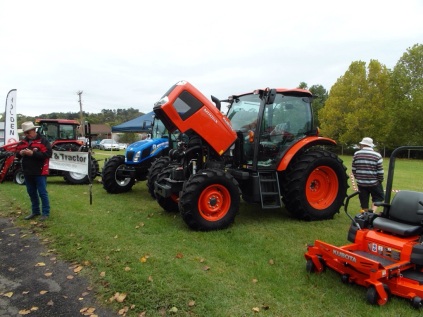 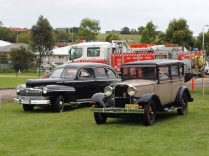 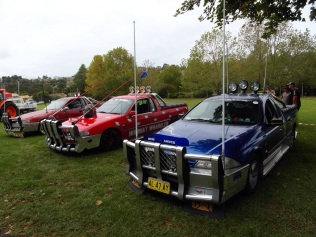 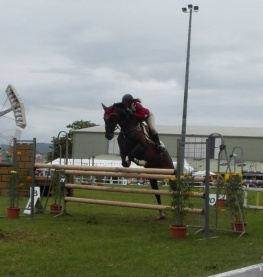 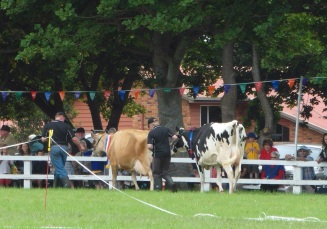 In the pavilions judges had made their decisions and the winners certificates and merit awards were proudly displayed along side the displays. 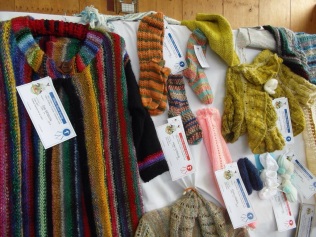 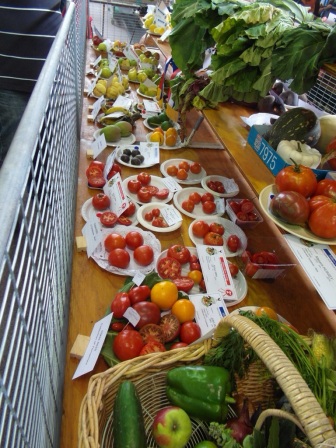 On our last morning we had breakfast at Hyams Beach Store and Cafe in nearby Cudmirrah. It was a very popular cafe and the brekky was great. 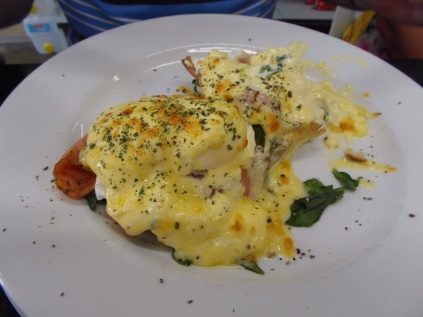 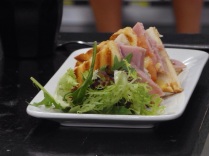 From here we farewelled David & Di, Tony & Heather and Ron & Julie – cheers until we meet again!

We are spending another couple of days in Sydney with Graham & Heather and will catch up with friends from Italy. Will be lovely to see them again.

8 Responses to We have survived Berrara!