Auckland – the City of Sails

Once again we passed beautiful countryside on our way to Auckland, NZ’s largest city. 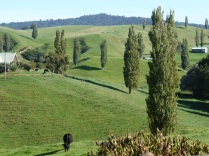 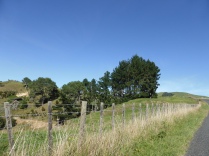 This scene reminded us of our Tuscan adventure.

On the way we stopped in Cambridge to catchup with friends Lesley & Ian. Lesley is my lovely friend Jill’s sister and she has lived in NZ for about 35 years. The girls cousin Dayle was also visiting from WA. 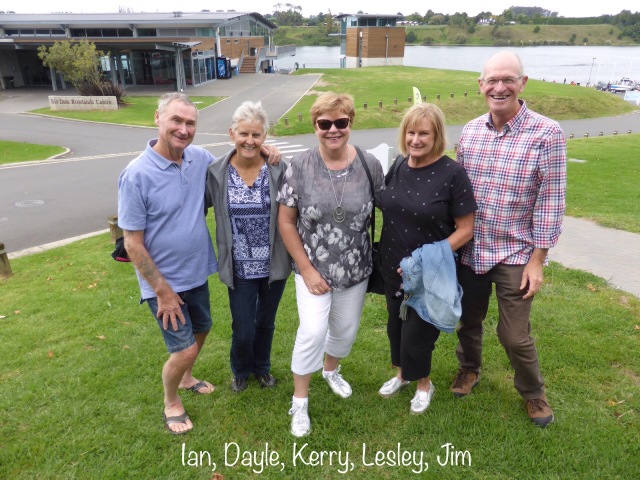 Auckland has been a bit of a eye-opener for us. Perhaps it is the location we have chosen to stay in; right near the Sky Tower and Casino. Rubbish is littering the area and construction sites are untidy. The area also has a lot of homeless sleeping in the street, a social issue which is being addressed.

Having said that, we have been on a bus tour and the inner suburban areas are very classy and expensive, perhaps adding to their social problems.

We dined up on the 52nd floor of the Sky Tower in the revolving restaurant. WOW! The views and the food were equally fabulous. 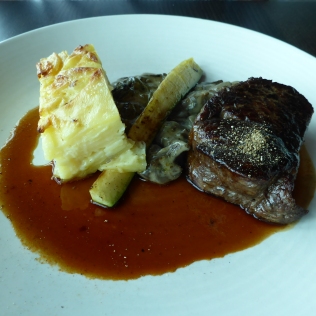 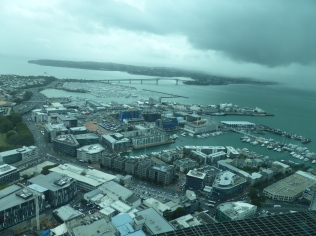 The rain cleared this afternoon so we took the ferry over to Devenport on the opposite side of the harbour for a stroll along the gorgeous streets and the views back to Auckland from Mt Victoria were impressive in the sunshine. And of course, the food was great. 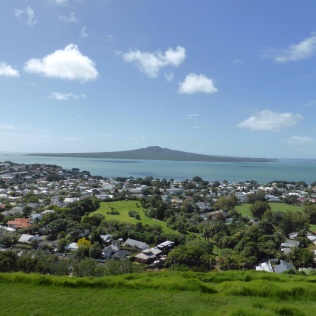 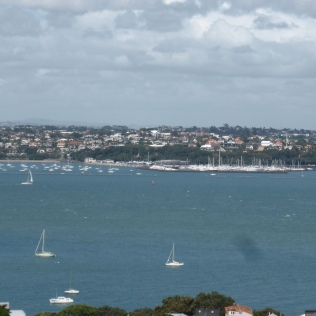 9 Responses to Auckland – the City of Sails