The Dish and The Opals

‘The Dish’ as it is generally referred to is near Parkes and was made famous as the prime receiving station for the 1969 Apollo 11 mission. It also played a similar role in the Apollo 12, 14, 15 and 17 missions and the emergency of Apollo 13. Of course, most Australians will also have seen the movie ‘The Dish’ which was filmed partly here and also at the Honeysuckle Creek Tracking Station.

It appeared as though the clouds were radiating from the dish.

The very impressive 64 metre wide and 58 metre high telescope is used for radio astronomy. Signal processing systems and computers collect the telescopes radio waves and turn them into pictures of objects in space. While we were there the dish turned about 240 deg in about 10 minutes.

If it weren’t for the trees we would have looked like it belonged on our roof.

The drive up to Lightning Ridge saw the countryside change dramatically.

We went from this…….

to this…….in a few hundred kilometres. 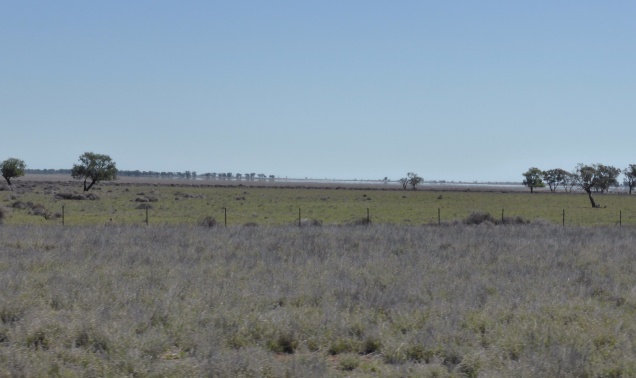 Lightning Ridge is famous for its rare Black Opals which were first discovered in the 1870’s. The landscape is dotted with piles of dirt which have been excavated from the mines. 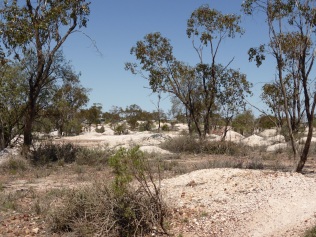 Shafts, about one metre square, were dug down and dirt lifted out in buckets – originally all by hand. Today drills, windlasses and hoists make the job easier. 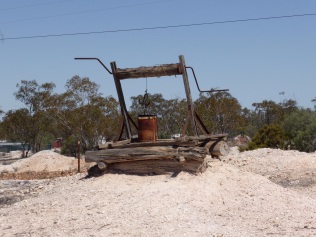 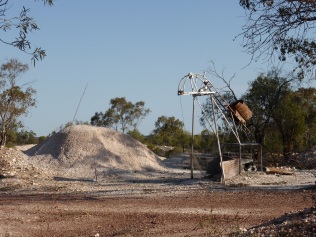 And this is what they are looking for.

We did the ‘Chambers of the Black Hand’ underground mine tour which was very interesting. 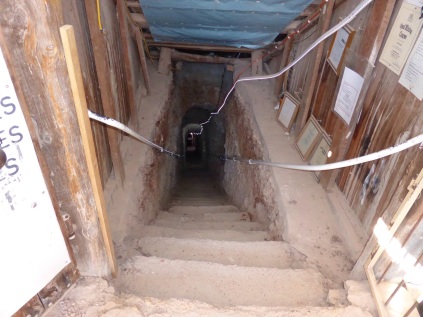 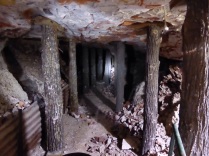 When not fossicking for opals, Ron Canlin, part owner of the mine is carving out these creations and in some cases, painting them – between 20 to 30 metres underground in the mine. This is only a few of the hundreds of carvings in the mine. 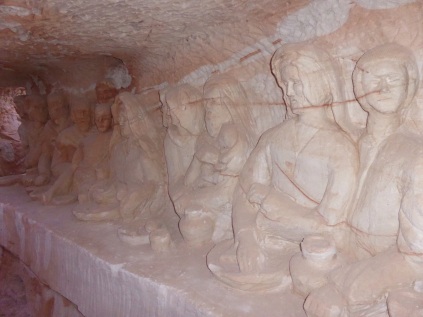 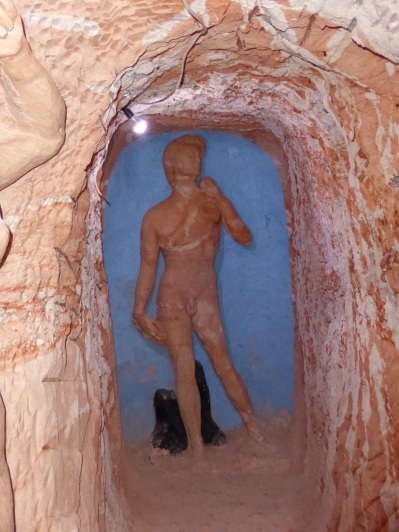 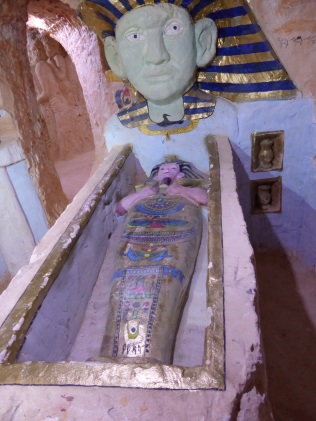 These quirky residences are all on the minefields but most of the shacks are pretty basic. Some have electricity but most use solar or generators….or some are power free. 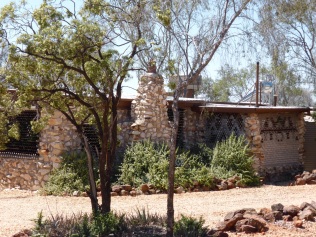 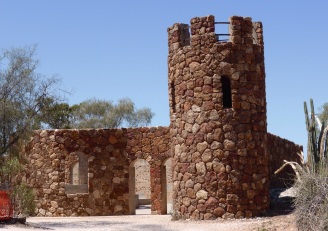 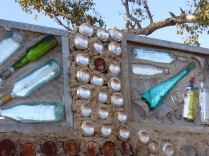 Lightning Ridge has proven to be a great stop.

10 Responses to The Dish and The Opals