So much to see!

We next travelled to Kokerbin Rock to see Australia’s third largest monolith, after Uluru and Mt Wudinna in South Australia. Mount Augustus, also in WA, is twice the size of Uluru, stands at 858 metres, is 8 km long, but is considered a monocline rather than a monolith. We will have to do a trip there one day as well.

Anyway, Kokerbin Rock is only 122m high and is located in the Kokerbin Nature Reserve in the Bruce Rock Shire. You can drive around the rock, even with your caravan, and take in the view. 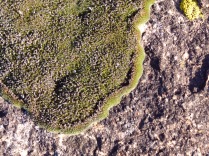 Along the way we passed this salt lake where the salt has formed a crust on the fence posts and dead tree stumps in the lake. 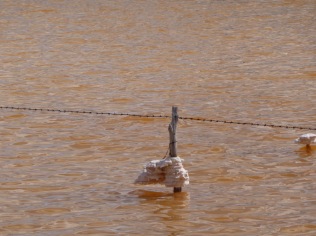 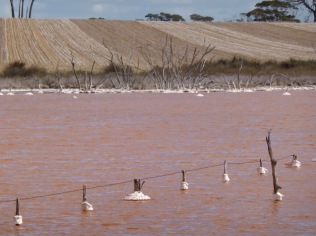 After leaving the Rock we travelled east then turned south passing these local classics.

The ‘Little Bank’ in Shackleton. This ‘little bank’ operated as an agency for The Bank of New South Wales from the 1930’s and then for Bank West until 1997. During the War, it was used as an aircraft observation post, and at one time as a Child Health Centre.

The unique Dog Cemetery in Corrigin was established in 1974 as a tribute to mans best friend. 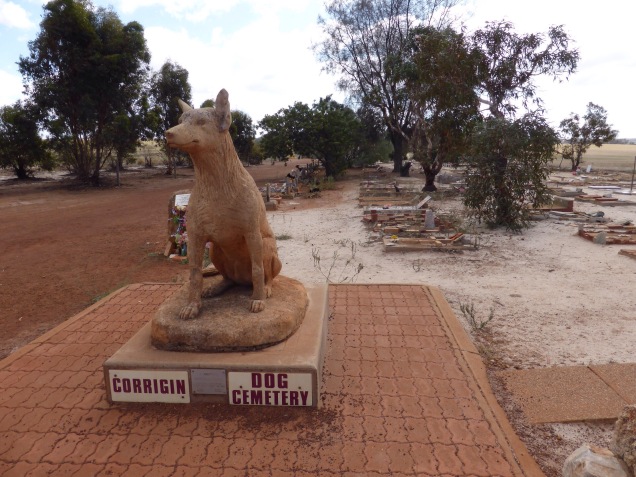 Yealering Lake, once a valuable source of fresh water, now a salt lake. The jetty is high and dry at the moment and I am not sure the winter rains will see the water levels rise to their previous levels.

Our final camp was at Yornaning Dam near Cuballing. We had a warm fire on the cold nights as the full moon rose….and the mist slowly lifted off the dam on the cold mornings…..perfect end to our trip! 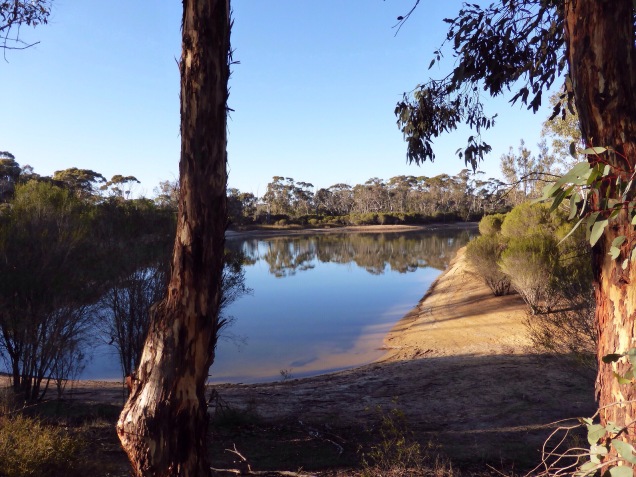 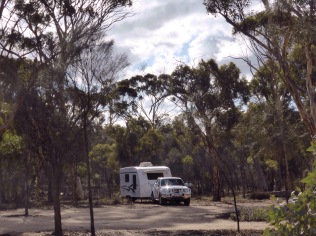 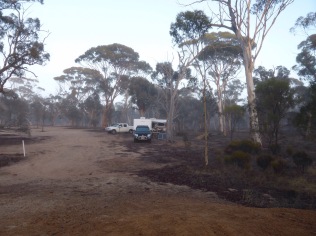 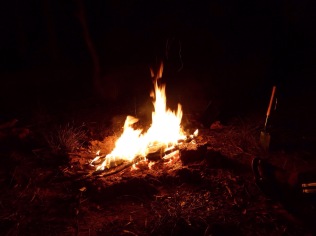 10 Responses to So much to see!