We flew into Guilin and travelled north to the mountainous rice fields in the Longji region. The drive up the mountain was remarkably dangerous in a bus travelling around hairpin bends and very narrow roads at high speed – we were amazed it would go so fast uphill.

From the bus drop off point near the top we then had to hike the rest of the way up the mountain to our hotel in Ping An – very puffed by the time we arrived but the views made it all worth while. The little village sits at an elevation of about 800 mtrs. The mountains are covered in rice fields for as far as the eye can see; it has been grown in the region for centuries. At the moment the fields are still green and the rice heads are filling out. Although a little humid up in the mountains the weather has not been too hot. 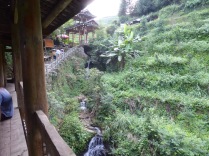 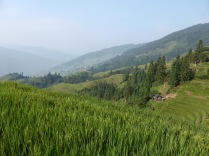 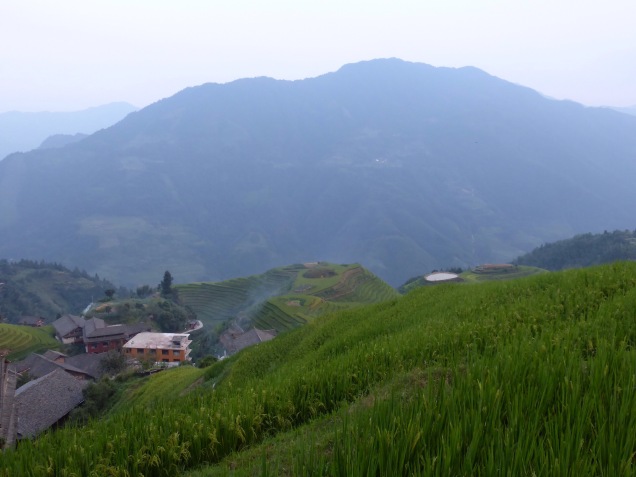 Back in Guilin we visited the limestone Reed Flute Cave, so called because of the nearby reeds that have been made into flutes for centuries. The 240 mtr cave has been lit by colourful lights to show off the formations and it is certainly the largest cave network we have been in. Stalactites, stalagmites, stone pillars and stone curtains all have mystical significance to the very superstitious Chinese. Stone inscriptions from the Tang Dynasty are evident in the caves. 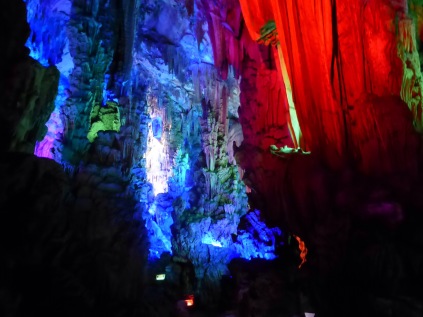 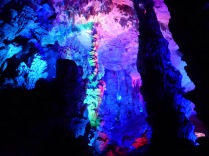 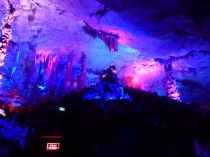 On our travels so far we have enjoyed our meals. Typically at lunch and dinner a variety of dishes are served on lazysusans for the group to share. This was our best coffee – cappuccino is not Chinese. 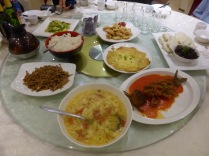 We have seen some interesting sights…. 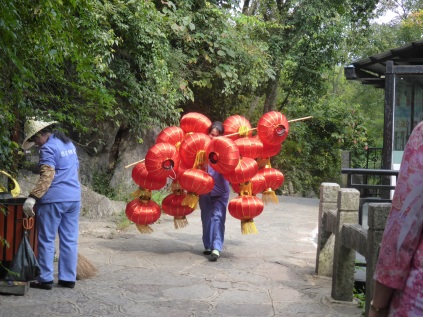 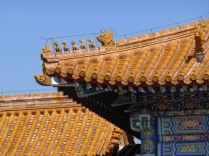 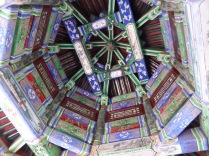 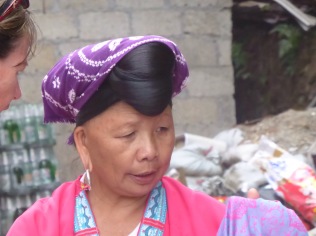 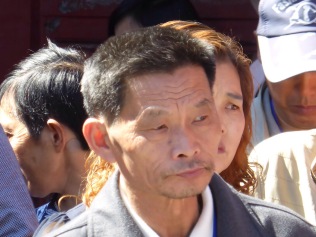 3 Responses to Longji and Guilin